It has been proposed that one cause of victim-blaming is the “just-world phenomenon”. People who believe that the world has to be fair may find it hard or impossible to accept a situation in which a person is unfairly and badly hurt. This leads to a sense that, somehow, the victim must have surely done ‘something’ to deserve their fate. Another theory entails the need to protect one’s own sense of invulnerability. This inspires people to believe that rape only happens to those who deserve or provoke the assault (Schneider et al., 1994). This is a way of feeling safer. If the potential victim avoids the behaviors of the past victims then they themselves will remain safe and feel less vulnerable. Victim blaming From Wikipedia, the free encyclopedia 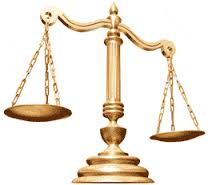 P.A.V.E. has revolved from views of people in Atlantic Canada and beyond. Some are dissatisfied and disillusioned with the Canadian Justice System. Some, walking happily in a world untouched by violent crime have no idea of the inadequacy in our present justice system. Some simply do not care. If you are ever plunged into this system through the loss of someone you love, you will care and you will desire change. Start now before it is too late. This site will hopefully provide insight into a flawed justice system by printing facts and truth. We will gather knowledge and information as we go. This site will be used to request change and improvements to a system that has at times failed everyone; criminals, victims, police, lawyers and all their families. We hope to link to other organizations across Canada fighting the same wars. We will also offer support and access to information for victims of violence. We will use this site as a stepping stone to change, to discuss, disclose and fight for the attention of politicians and law makers. The scales of justice have tipped from protecting society to allowing repeat offenders. They have tipped from protecting the rights of the accused to re-victimizing the victims. They have tipped from rehabilitating the criminal to promoting and influencing his/her crime. The scales of justice are no longer a symbol of pure righteousness.

If you find yourself in the dreadful role of victim, whether it is murder or any other cruel crime you will quickly learn that society, lawyers, courts, police and media will try to lay blame; maybe not intentionally, maybe not even knowingly or maybe doing so for specific reasons (allowing the accused rights so as not to have the case dismissed). It was extremely hard to cope when my son was murdered and people asked: ‘what was he involved in, who was he running with, what was he doing, what did he do to deserve that’ and other questions. Added to that lawyers defend their clients by trying to prove what they did was justified. Police and court officials made my son a statistic (which I can almost understand). Some media personalities wanted to sensationalize the story to sell news while others wanted the story told to show the public the inadequates of a justice system that has bent too far to protect the accused. And that society that wants to blame the victim.

Blaming the victim, as in the above quote, allows society to believe they are safe. If their children or brothers and sisters or grandchildren didn’t get involved in anything wrong then this would never happen to them. The problem with that line of thinking is that society allows crime by justifying when it happens to someone else.
I realized I was just as guilty of doing this when I read headlines of someone being murdered. I read soft sentences and thought they must have contributed to the crime against them somehow or they would be punished to the fullest extent of the law. I didn’t realize the justice system that I respected was not the functional machine I thought. Changes were and are still needed. But the more society understands the more there will be a call for change. My prayer is that you do something now and not wait until you see the justice system from the victim point of view. I wish I would have asked questions and voiced my opinion and not assumed lawyers and courts were acting in wisdom, fairness and according to laws to protect society, not realizing those rules and laws and policies were actually working to strangle the system they were set up to govern. There are definitely things you need to know about my experiences with the legal system. The good news is in the past 10 years there have been considerable changes working toward a better justice system. The system we had in 2005 had gone past the point of guarding the rights of the accused. Too much was done to safe guard their rights and allowed the system to victimize the victim.

The death of a loved one, whether it is a child, a spouse, a parent, a sibling or a close friend, is an extremely difficult experience for anyone to endure. Extraordinary conditions arise when the loss of a loved one comes about through homicide.
The loss of a loved one is always hard to deal with, however, homicide survivors experience loss differently than if it were by accident or natural causes. The difference is the death occurred in a violent manner and it is difficult to understand why and how someone could commit such a crime.

Besides being a victim of the initial crime, homicide survivors run the risk of becoming victimized a second time. Secondary victimization is the mistreatment of homicide survivors by the criminal justice system, the media and others who treat survivors in a damaging way. In many cases, those that tend to cause secondary victimization are those whom homicide survivors turn to for help. This mistreatment can include offering uninformed assistance, blaming or treating the survivor insensitively, and dismissing the feelings of survivors within the court system. This results in an additional burden that homicide survivors must deal with, in addition to difficulties resulting from the murder.
Some of the reasons for discontent and anguish throughout the criminal trial process are:
Some feel that the accused person receives better treatment than the victim’s family. For example, the accused has a right to a fair trial but homicide survivors are not recognized as a third party within the trial process.
The loved one can be forgotten in the trial process when the focus is on the evidence and the accused’s actions. For example, blaming the victim for their death during cross-examination and the presentation of an argument.
Homicide survivors may feel that they do not have proper inclusion or say in the proceedings. Many feel that victims lack a proper “voice” within the criminal trial process.
The suffering of homicide survivors may be prolonged by the length of the trial. In many instances, homicide cases take years before the trial actually begins, all evidence is presented and a verdict is reached.
In some cases, a homicide survivor may also be a witness to the crime. This is quite traumatic because, not only are they grieving, but they may also have to testify in court. This involves recounting images of the loved one being killed and enduring questions during cross-examination.
Evidence presented in court may be difficult for homicide survivors to encounter; such as hearing testimony of how the victim was murdered, seeing gruesome pictures of the crime scene or pictures of the victim’s body.
Homicide survivor’s reactions in the courtroom may be reported in the media. This means that the survivors are forced to grieve in public instead of in private.
Some courthouses do not have victim service programs or isolated waiting areas. The lack of these services may result in homicide survivors feeling uncomfortable and unsafe in the courthouse. Taken from Victims of violence website