I thank everyone for your ongoing thoughts and prayers. To anyone that said things like – “I go to church now because of Tyler”, “I stopped partying; Tyler would be proud of me,” “I know he is watching over me” and so many more. To the memory tattoos, (although the mother in me cannot condone permanent tattoos) the items left at his headstone, to a beautifully designed motorcycle, to everyone who helps me miss him, I thank you for keeping Tyler alive. This website is written from a mother’s perspective to help me cope with the unbearable. 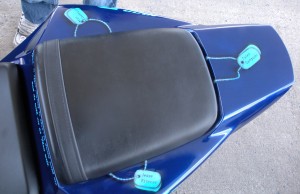 I have lost my only son, my youngest child and any human being will understand the gravity of those words, any parent the heartache they hold. But unless you have walked in these shoes you cannot understand the depth of that statement. I had two wonderful children, pets, a home, family, friends, work and so much more. I have lost more than a child. I would look at blue cloudless sky on a beautiful summer day, feeling the warm breeze and feel the happiness of it. Now I note the beauty and may remark on it but I no longer feel the joy of the day. I would anticipate birthdays and Christmas with a wonder, excitement and anticipation that was boundless, now I simply smile through each event. I would hear songs and music and it would move me to joy or to tears, now it is very hard to listen to music and my world has become mostly silent. The sheer joy, quiet pleasure and heartfelt happiness no longer exist as they did before. I can still talk and joke and laugh and smile. I still love and hurt and live but life is no longer the same. I have lost a child and I will live forever in the shadow of that pain. I hurt for my daughter who will forever miss her brother. I agonize over the pain caused to our family and friends in his passing. I grieve. But I live and I will continue to pick myself up each day and go on. I will try to help anyone I can. I will love my family and friends and try to commiserate with others over unpaid bills or dirty dishes or spoken words in moments of thoughtlessness. I have not lost my faith. I know that the evil in this world took my son. God did not hurt me to punish me. God did not take my son. Yes, He could have protected Tyler and left him with us but there is a reason Tyler went before us. There are so many things I want tell you that have convinced me that God was with us before, during the first dark years Ty left and still now. Some things in my weaker moments I can dismiss intellectually as just a coincidence but always in my heart I know there is no such thing as a coincidence, God is with us. 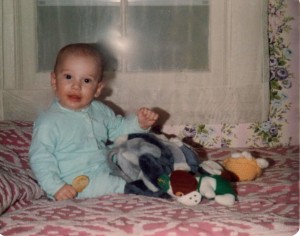 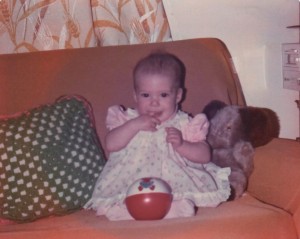 I grew up going to Sunday school. I have never touched drugs, never smoked, don’t drink to access and don’t curse or swear. Strangely, I do not get angry or need revenge nor do anything to purposely hurt anyone. I try to never hurt a living thing. Ants and spiders get shooed out of the house to go free in the garden. My son saved injured snakes and baby crows. My daughter cried when people ate alone at the mall. Both my children spoke to elders with respect. We lived a quiet family life in a quiet seaside community. Family dinners, walking in the woods, skating at the rink and swimming at the beach were our past times. Suddenly I was plunged into the world of evil and ugly. I viewed the side of the justice system that was hand-tied by its own rules. (Read more about “Our Horror in P.A.V.E.) I sat through the nightmare court hearings and preliminary hearings. I watched the accused’s family and friends laughing in court. I felt tainted by the connection of being in that court room with someone who could unmercifully stab repeatedly two young men that did nothing to him and then have his lawyer (who was supposed to fight for truth and justice) laugh with his client while being shown pictures of the crime scene. Our families, the criminal, defence and prosecution lawyers thrown together. I felt sullied by the connection. We attended the preliminary hearing, which is a trial to decide if there is enough evidence to have a trial. If living through one trial was not enough, families must go through two! Days of details from blood spatters experts, police reports, medical findings of cause of death, to testimony from the teen accompanying the murderer, was too much for any loved one.  It was emotional battery beyond words. I tried not to look a the displayed pictures but as I saw my son’s foot prints, it almost broke me. Those same foot prints that to my dismay, I saw tracking mud across my clean kitchen floor, or in the beach sand; were there on screen in his own blood. His foot prints showing where he travelled after being initially stabbed inside the sleeping bag he got up carrying around him to protect him from the early morning chill.  This was breaking legal ground. Most often finger prints were used in court but the expert told us a foot print was more reliable. I agreed, I could tell those foot prints anywhere. I watched them grow from tiny babe to a size 12 shoe. The judge presiding over the preliminary hearing allowed the testimony. (Judges changed for each hearing) They were allowed to use foot print evidence and possibly set a precedent for future cases. I took heart thinking my son may help prove another future criminal guilty. As the hearing wore on, I couldn’t cry, noise was not allowed and the constant sniffling was causing distraction. I couldn’t leave until we recessed. My throat was so dry from stifling tears, I thought I would choke. The air was dry, my eyes hurt, I needed water.  Suddenly someone appeared with a pitcher. How did they know, I wondered. But it wasn’t for us, they brought water to the accused. Delivered it to him at his or his lawyers request. The tiny injustice of that was the breaking straw. My sister behind me must have somehow understood. She slipped a bible verse to me that she had brought with her, needing to have it for herself. I’m not sure how much she had written on that scrap but the whole verse says:

Romans 12 (NIV) verse 17 Do not repay anyone evil for evil. Be careful to do what is right in the eyes of everyone. 18 If it is possible, as far as it depends on you, live at peace with everyone. 19 Do not take revenge, my dear friends, but leave room for God’s wrath, for it is written: “It is mine to avenge; I will repay,” says the Lord. 20 On the contrary: “If your enemy is hungry, feed him; if he is thirsty, give him something to drink. In doing this, you will heap burning coals on his head.” 21 Do not be overcome by evil, but overcome evil with good.

Quite the coincidence this would be spontaneously written on a piece of paper and tucked in her pocket. A bible verse when it was needed, about drink, instructing not to be overcome with evil and giving the vengeance over to God. Comforted but still feeling the debauchery of sitting near this individual who could do something so heinous and his laughing lawyer, who in my mind wasn’t much better. I watched the newspaper delivery man take the stand. My daughter, beside me fought to compose herself, although I was perplexed to  why at the time.  She quickly clasped her hands and bowed her head.  This man was stepfather to a high school friend of hers. He gave his testimony clearly distraught and shaken in finding Tyler, mortally wounded outside the house. As he left the stand to take a seat behind us, I saw Cindy’s heartfelt words and heard her tearful whisper, “I’m so sorry, so so sorry.” This was the strength I needed to go on. I understood there and then. Our lives may be forever joined to a murderer by what he took from us but we were not like him in any way. Here was my daughter, heart broken, seething with the rage of injustice, reeling with the grief of losing the person she most loved and yet still able to sympathize with the distress of another. God was with us in the courtroom.

There are things I learned from my son, in his living and now in missing him: Just because a man is wearing an expensive suit, his speech impeccable, has  great education and appears good; that doesn’t make him any better, smarter or kinder than the man wearing old clothes and has bad grammar and very little  education. That God exists in the trees and woods and fields and sea shore, not JUST in a church. That God and good will win over bad, even when it appears it hasn’t. That it is far better to have family and friends than all the wealth in the world. That courage is facing something even when you are afraid. To live every day as it is your last because you don’t know which one will be. That worry is a useless waste of time and life. To live each day to the fullest because your time here on earth is short. To never leave someone you care about without a kind word, a ‘love you’ or ‘a see you later’. That self-righteousness is not an admirable quality. To care for animals and love nature and the environment. To hug the people you love, often. To help when you can, feed as many that are hungry as you are able, to be as kind as possible and offer smiles to everyone. That this life is not all there is and someday I will see him again…..